Colva Beach
The Colva Beach lies about 6 Kms to the west of Margao and is the oldest, largest and the most spectacular beaches of South Goa. The beach consists of about 25kms of the fine powdered white sand and is bounded along its coast by coconut palms that stretch from Bogmalo in the north to Cabo de Rama in the south along south Goa’s coastline.

Baga Beach
Goa, an endearing paradise of scenic charm, is famous for its mesmerizing beaches all over the world. With glistening sands, sky-high coconut trees, majestic sea waves and delectable sea food, Goa has so much to offer. It is blessed with a number of exotic beaches, yet as we think of Goa the first name that comes to the mind is the super-adventurous Baga Beach. Anybody who has had a chance to witness the beauty of Goa will vouch for the fact that Baga beach is for sure the most happening beach in Goa

Goa Churches
Category : History & Culture
Goa churches enjoy their share of popularity. There are several churches in the state owing to the long history of Portuguese rule in Goa. These churches other than being a place of worship, also makes for beautiful pieces of architecture from by gone days. Some of the popular churches in Goa are St Cathedral Church, St Francis of Assisi, Basilica of Bom Jesus, St Augustine Church among others. These churches are visited by most of the tourists heading to the state of Goa

Aguada Fort
Category : History & Culture
Aguada Fort stands tall as one of the most known representatives of the Goan history. The fort was constructed in 1612 by the Portuguese afearing an attack from the Marathas and the Dutch. The fort had a fresh water spring that provided for the water requirements of all those who used to pass through the place. The giant fort served as crucial point for all the important operations of the Portueguese.

Chapoli Dam
Category : History & Culture
Located about 40 km from Margoa, Chapoli Dam is blessed with scenic charm as it lies in a valley which is surrounded by hills. If you are fond of fishing, this eco-tourist spot of Goa, is a place for you.and sand,golden or silver sand beaches spellbinds the tourists with their awe-inspiring scenic beauty.

Cruisine
Goan cuisine consists of regional foods popular in Goa, an Indian state located along India’s west coast on the shore of the Arabian Sea. Chicken, lamb, seafood, coconut milk, rice, and local spices are some of the main ingredients in Goan cuisine. The area is located in a tropical climate, which means that spices and flavors are intense. Use of kokum is another distinct feature. Goan food is considered incomplete without fish. It is similar to Malvani or Konkani cuisine.
The cuisine of Goa is influenced by its Hindu origins, four hundred years of Portuguese colonialism, and modern techniques. The state is frequently visited by tourists for its beaches and historic sites, so its food has an international aspect 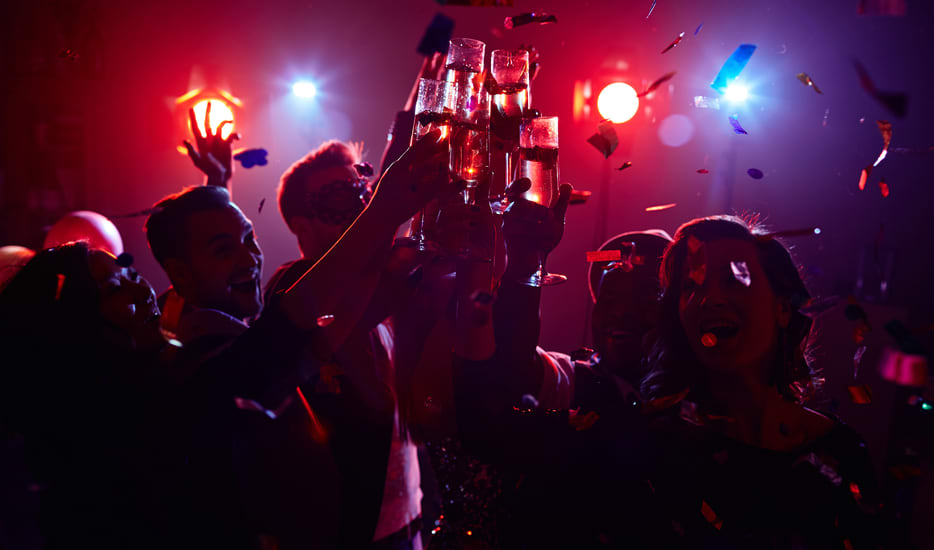 Meet & Greet by a Sahapathika representative the moment you land in Goa Airport. Immediately get into your waiting car and proceed towards your pre booked resort. Check in. After a short rest proceed for a stroll around the favourite beaches Candolim, Baga or Calangute. In the evening time you can make your foot fall on the beach shacks and enjoy the beautiful sunset of Goa .You can indulge in your favourite beach activity. At Night visit the Baga Beach for a fun filled night either at beach or at Tito’s.
Night in Hotel / Resort. 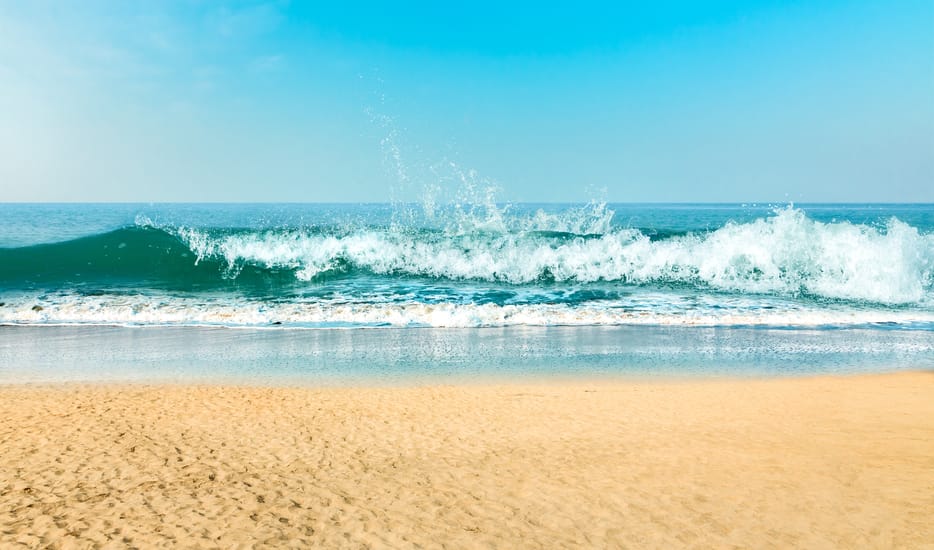 Today morning after a wonderful breakfast proceed for North Goa Sightseeing. North Goa is the Goa you might have heard all about: crowded beaches, upbeat nightlife, Goan trance, great food, hippie markets and yoga retreats.
Visit the Calangute Beach, Baga Beach, Light House, Chapora Fort, Anjuna, Vagator Beach, Saligaon Church & Chauranginath Temple along with Fort Aguada.
Later in the evening you shall be dropped at your hotel/resort.
You can take a bike ( Call us and we shall provide) or just take a walk around the beach area for a ravishing and entertaining nightlife in Tito’s or Mambos or in one of the many shacks along the beach. You can explore the local market as well. 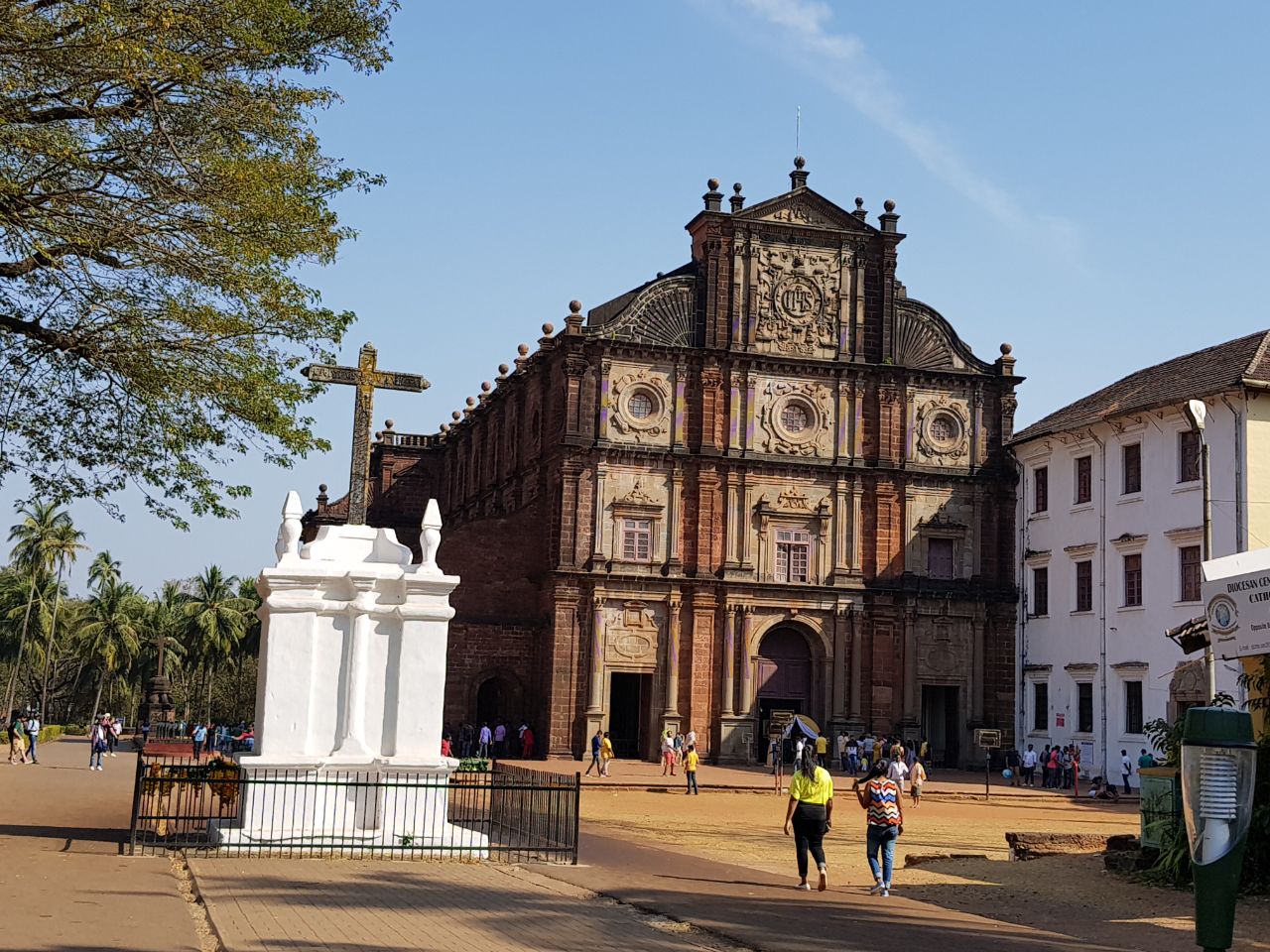 Today morning after Breakfast we shall proceed for sightseeing for South Goa. South Goa is a place for history buffs and an intoxicated air that keeps the ambiance enlivened all the time, South Goa is the destination that you cannot simply ignore. We’ll also cover Sightseeing covering mangeshi temple, Old Goa church, Dona poula, Miramar beach,.
In the evening you will be taken for a sunset river cruise in river Mandovi, Panaji. You have an option of staying back and spend sometimes in the numerous casinos around Panaji.
Night return back to hotel. Overnight at hotel. 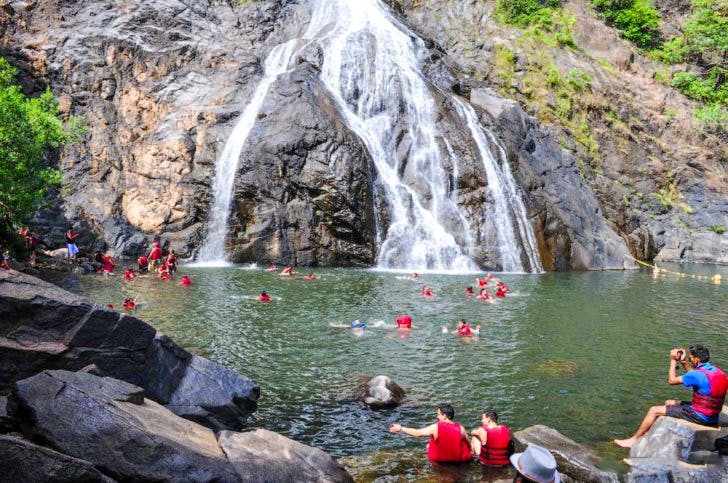 Today has been set aside to be spend as per your will. You have the entire fourth day of your Goa trip at your expense. Enjoy it to the fullest. You can indulge in sailing and other water sports such as motorboat ride, water-scooter, fishing, kayaking, toboggan ski-biscuit, parasailing etc. Or else indulge in fun activities at the beach such as sun-bathing, reading, a leisure walk, etc.
You can also go for a visit to the Dudh Sagar waterfalls and Spice Garden tour. 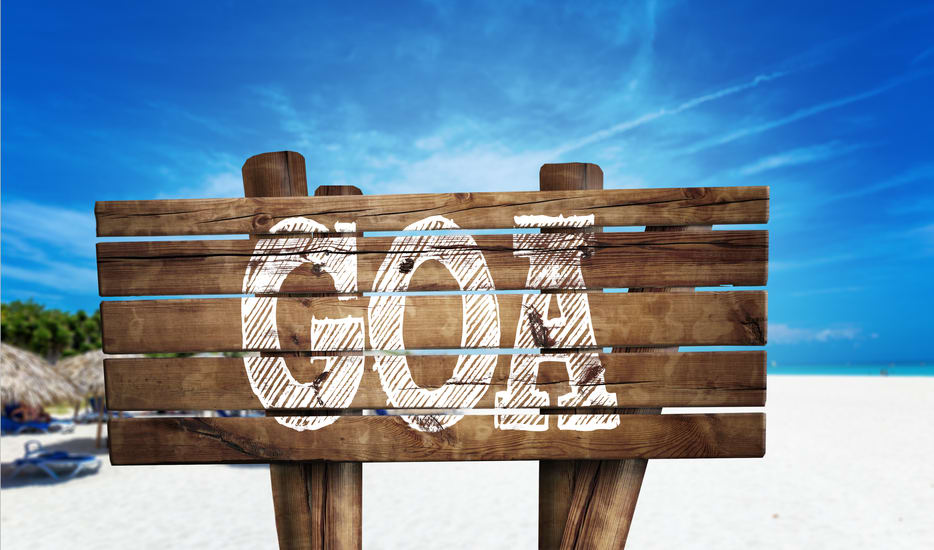 Today is the last day of the tour. Wake up early morning. Spend some time on the beach. Later check out of your property and move towards Airport / Railway Station. Your happy tour concludes with you carrying loads of memories with you with Sahapathika Holidays….

Goa, a tiny green land surrounded by azure waters on the West Coast of India, with its natural picturesque beauty, attractive beaches and famous architectural temples, grand parties and festivals and its rich Anglo-Indian heritage is a great attraction for all tourists.The most important places of interests are the beaches of Goa which are filled with millions of tourists every year as visitors all over the world flock to this natural paradise to bathe in the pleasant sun and crystal clear azure-green waters of the sea.

To gorge on the lip-smacking and mouth-watering Konkan and Goanese cuisine like chicken rechado and xacuti and to rock and rave in the night parties by the fire-lit sea beaches. 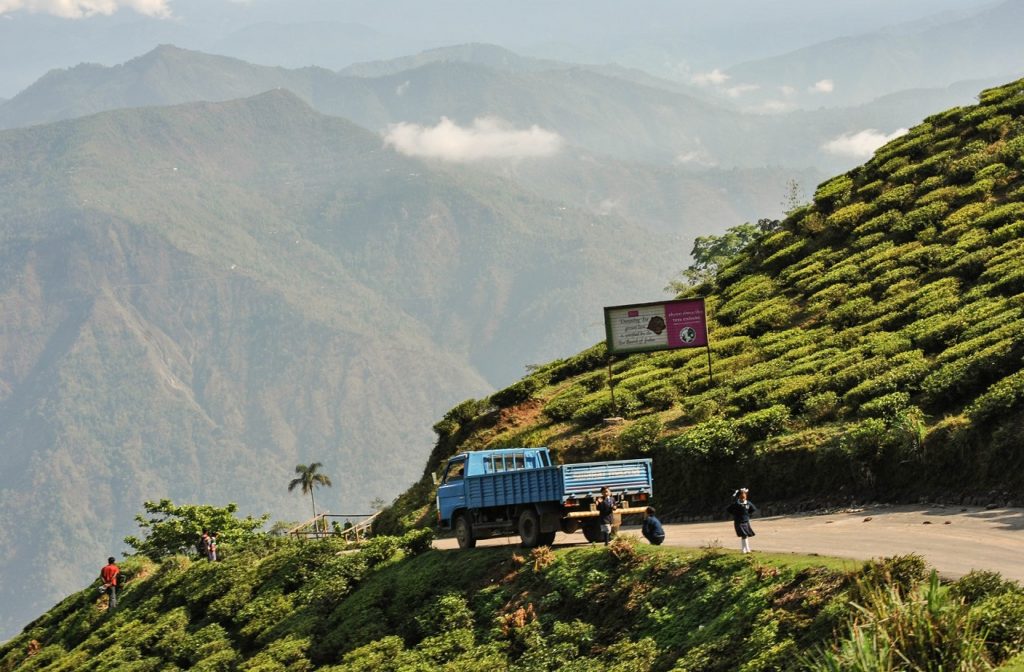 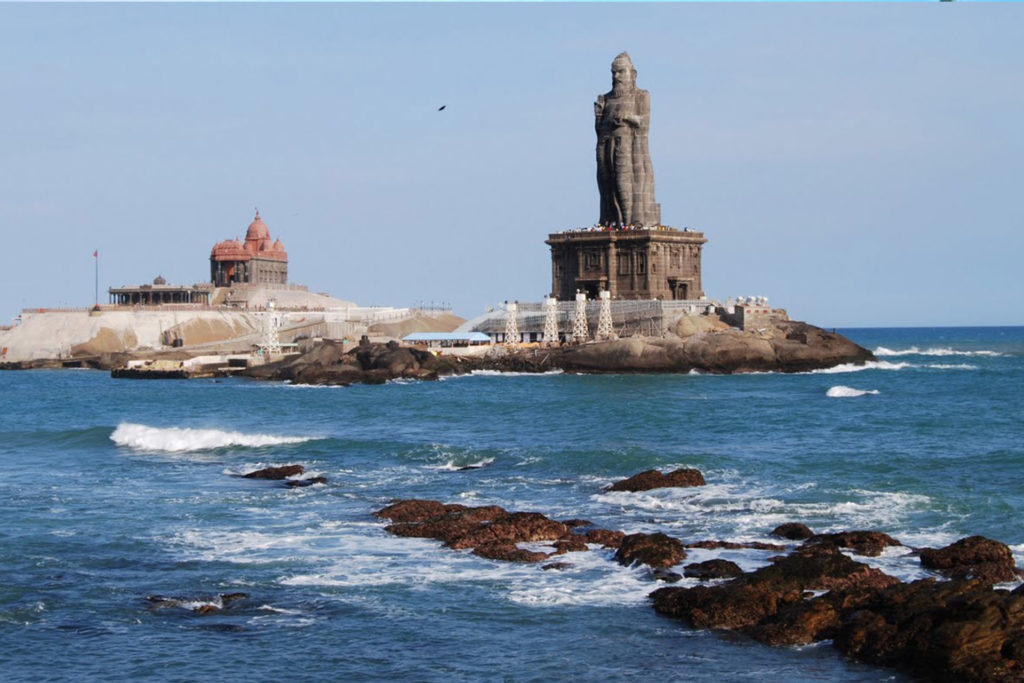 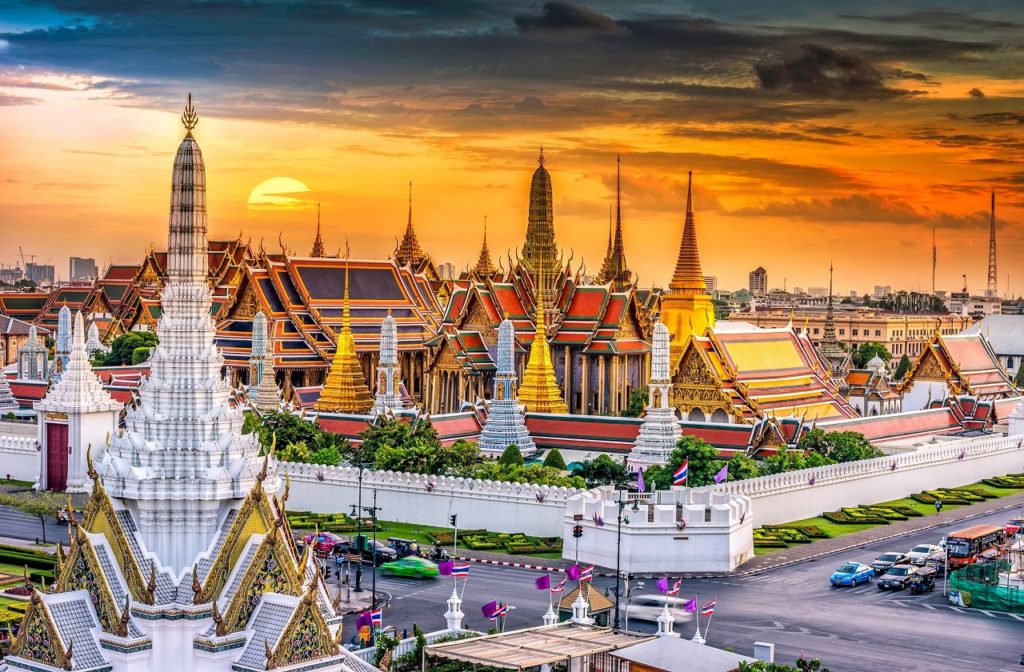